The paper came before the goal-conditioned RL, Multi-task RL or Graph Neural Network literature. Major motivation of this paper is to learn a generalizable policy. Generalization in terms of varying number of objects in the domain (for example, in blocks-world number of blocks can change) or change in the goal state (for example, stack red block on blue block instead if green on yellow).

Authors demonstrate that by using approaches from inductive logic programming literature, first-order policy can be learnt which naturally supports both the generalization discussed above.

In particular, author propose to learn Q-Tree i.e. TILDE-RT (Top-down Induction of Logical decision trees for regression) as Q-Function which take the state and action pair and predict q values. The policy function, P-Tree, can then be induced from Q-Tree. 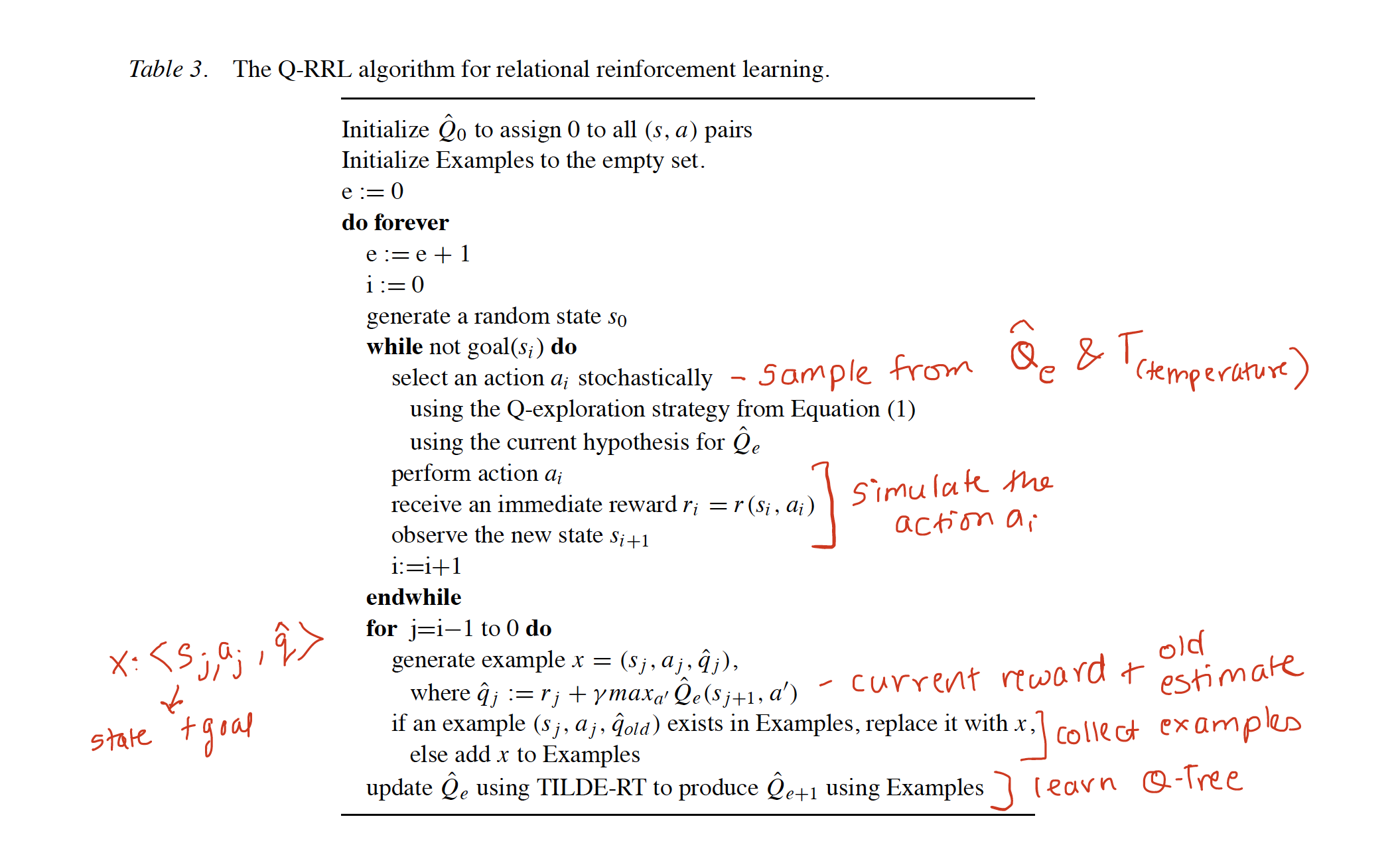